Elena has never had a hard day in her life. She’s always been popular, the leader of her little group, had multitudes of admirers both platonic and romantic, and has never been denied anything by her parents. She seems to be the perfect, all-American girl. Elena’s a cheerleader, a senior in high school, the head of the prom committee, the Treasurer of the student government, and works at Claire’s in the mall.

But like every kid in America, Elena has her own secrets.

Prior to the beginning of 2009, it wasn’t anything major. Instead of spending the night at her friend’s house, she’d be out at some party. Instead of just being tired, she’d be hungover and possibly still high from the night before. Instead of going on some girl’s night like she told her ‘boyfriend’, she was going out with some other guy. And mostly, instead of a simple question after school to help with her future journalism career, she was seducing her English teacher.

But then there was the night with the lights in the middle of January, and then her teacher started giving her chills… not in a good way. There was something wrong, and Elena didn’t know what to do about it. She was confused, and so when some guy said he could help figure out what was wrong with Michael, Elena agreed to go.

That’s how she met Chuck Storm, and Jonah Flood. That’s how she became acquainted with Katrina “Used to be a Man” Kournikova, and Agatha “OMG Big Scientist” Herman. That’s how she got caught up in everything that was happening in the background of Terra Lake.

That’s how Elena had to learn how to give up what was supposed to be the best time of her life. 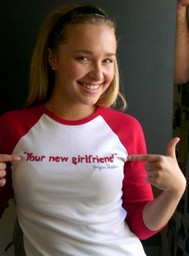